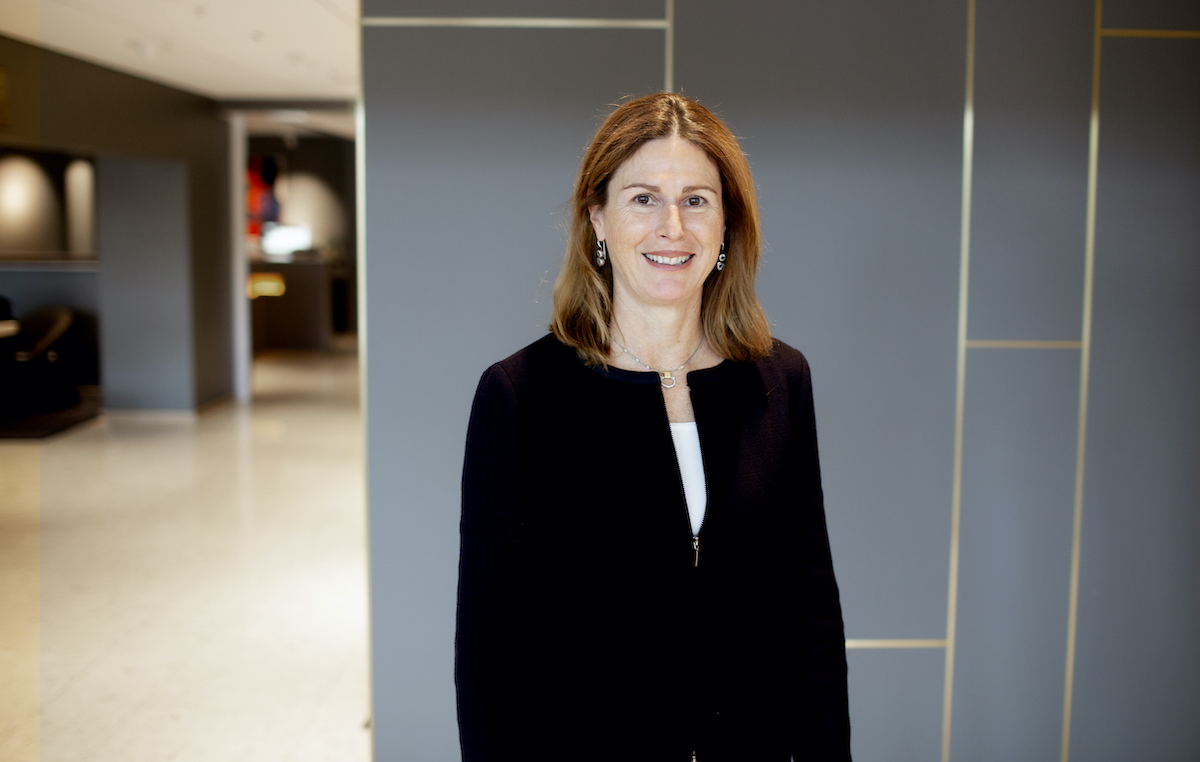 Bettina has a MSc degree in geophysics from the ETH in Zuerich. She joined Shell in 1983 and has held a variety of business technical and leadership roles in exploration and development, working in the Middle East, Africa and Europe.

End 2009, Bettina was appointed Vice President for Subsurface and Wells Software in Production and Technology. Since 2012, this also includes Shell’s globally distributed support and deployment teams in the Upstream businesses

Background:
Kjelll is the former president and CEO of both Seadrill and Smedvig.

Fun fact:
Kjell loves to be on the sea, he believes he is a sailor at heart.

Background:
Helge is the Former Executive Advisor for BP. He also previously worked for Amoco as their Strategy Planning Director.

Fun fact:
Helge was in the military police for two years based in the NATO headquarters outside Brussels.

Background:
Einar is the former Managing Director for Smedvig and JP Kenny.

Fun fact:
Einar loves sports, exercising and being in the outdoors.

Background:
Rune was the Founder of the Private Equity Fund Manager, Progressus and is the former CEO of Allianse.

Background:
Per Arne is the former CEO of Figgio and VP of Computer Advances Group ASA (CAG)

Background:
Greg is the former Vice President for Simmons & Co and the founder of Rototec. Greg studied Drilling Engineering at Robert Gordons University.

Background:
Anoop is the former CEO of First Reserve Momentum and the former VP for Simmons & Co. He also completed an MBA at Harvard.

Background:
Pelle is the former Corporate Advisor for Melberg Partners and a former Associate for Procuritas.

Fun fact:
Pelle played for the Swedish National Hockey Team when he was a teenager.

Background:
Matt is a former Vice President for Simmons & Co. He also worked as a Field Engineer for Schlumberger.

Background:
Tomas is the former Vice President of debt/leverage for Barclays. He also used to work as an analyst for DNB.

Fun fact:
Tomas enjoys golf and skiing but mostly playing hide and seek with his two-year-old!

Background:
Espen is the former Financial Analyst for ExxonMobil, he also spent time as an Auditor for EY.

Fun fact:
Espen is committed to the gym. He also finished in top 0.1% in the English Premier League fantasy manager tournament in 2018/19.

Background:
Karem is the former Lead Commercial Advisor for BG, she also worked as a Senior Analyst for Comgas.

Background:
Rajat is a former Sales and Field Geophysicist for SLB

Background:
Jebb is a  former Senior Associate at PwC Deals and a former Corporate Graduate Trainee for Equinor.

Fun fact:
Jebb is a massive CrossFit enthusiast, he is the Co-owner of CrossFit Ask in Stavanger.

Background:
Michelle is the former Facility Coordinator for Shell and she studied Media Studies at the Norweian University of Science and Technology.

Fun fact:
In her younger years, Michelle was an active freestyle dancer. Now, she enjoys supporting her young children in hockey.

Background:
Jackie is the former PA for Wood Group. She has also worked as an Office Manager for Knowledge. Jackie studied Business Studies at Robert Gordon University.

Fun fact:
Jackie is a qualified divemaster. She spent five months backpacking in Africa and will be returning as part of a charity expedition to build houses in Kenya this year.

Background:
Jose worked at Bank Brokers for a year previously to joining EV Private Equity. At Bank Brokers he worked as an analyst producing banking benchmarks and securing external financing for corporates and developing a fintech business model to expand the offering to SMEs.

Fun fact:
Jose enjoys riding motorcycles and has played violin since he was 7.

Background:
Amy is the former marketing coordinator for AMC – Association Management Consultants.  She has also worked as an administrative specialist for Halliburton.

Fun fact:
She enjoys doing DIY projects in her spare time including digging a goldfish eco-pond in her backyard.

Prior to joining AkerBP, Mr. Hersvik was Senior Vice President of Statoil’s Research and Development division. Since 1998, he has held many professional and management positions in Statoil and Hydro, including Chief Reservoir Engineer and Operations Manager. He holds a Cand Scient degree in Industrial Mathematics from the University of Bergen.

Bettina has a MSc degree in geophysics from the ETH in Zuerich. She joined Shell in 1983 and has held a variety of business technical and leadership roles in exploration and development, working in the Middle East, Africa and Europe.

End 2009, Bettina was appointed Vice President for Subsurface and Wells Software in Production and Technology. Since 2012, this also includes Shell’s globally distributed support and deployment teams in the Upstream businesses

Former Chief Exploration & Production Officer, Petrobras Prior to his retirement from Petrobras last April, Mr. Formigli was a member of the Petrobras Executive Board and supervised all domestic E&P activities. He has worked for the last 32 years in Brazilian Upstream sector in activities related to well construction, subsea and topsides engineering, having occupied Campos Basin managerial as well as E&P Executive Management positions. Mr. Formigli is a Civil Engineer, having graduated from Instituto Militar de Engenharia (IME), Rio de Janeiro/Brazil with specialization in Petroleum Engineering. He has a MBA in Advanced Business Management from UFRJ/COPPEAD in Rio de Janeiro.

Mr. Spears has worked in the oil and gas industry for 35 years and is one of the managing partners of Spears & Associates where he is responsible for leading the firm’s mergers and acquisitions practice. He holds an engineering degree from Oklahoma State University and completed graduate work in industrial engineering.

Mr. Trowell became President and CEO of Ensco in June 2014. Prior to that, he was elected President of Schlumberger in April 2013 and held a variety of international management positions, including Regional Managing Director for Schlumberger operations in the North Sea and Vice President of Corporate Marketing. He has a PhD in Earth Sciences from University of Cambridge, a BSc in Geology from Imperial College of Science, Technology and Medicine and a MBA from the Open University.

Suet Chee joined Temasek in June 2004 and is currently serving as Director – Investment Group – Energy & Resources. Suet Chee has 14 years of multi-sector investment experience including Energy, Transportation and Industrials.   Since 2011, she has focused on the Energy sector and executed investment and divestment transactions in sub segments across the oil and gas and renewables value chains.   Suet Chee has an Executive Master degree in Energy Management from ESCP Europe Business School and a Bachelor of Accountancy degree from Nanyang Technological University (Nanyang Business School). She is also a Chartered Financial Analyst.


Mr. Goldie recently retired from the position of Vice President, Global Business Development, located in Houston, Texas, a position he had since March 2010.  Goldie was responsible for developing business at the corporate level in Brazil, Russia, China and other markets globally as well as developing integrated solutions for the energy industry that leveraged multiple Cameron divisions.  Additionally, Goldie mentored a team of Area Integration managers responsible for the integration of Cameron into the Schlumberger organization following the acquisition of Cameron by Schlumberger.

Goldie joined Cameron in August 1969 as an Engineering Apprentice in Livingston, Scotland.

Gavin has over 25 years of oil and gas industry experience both in the operating and service sectors. He joined Expro International in 1995 progressing through a variety of Executive roles, onto COO and ultimately CEO. Mr. Prise holds a BSc Hons in Natural Philosophy from Aberdeen University and a MEng in Petroleum Engineering from Herriot Watt University.

Saad has an extensive energy background, including 23 years of oil and gas experience with Schlumberger. He currently runs an Oilfield Technology Hub with a presence in Houston and Dubai and most recently served as Managing Director at Lime Rock Partners where he was responsible for the firm’s international strategy. He holds a B.S. in electrical engineering and an M.S. in control systems.

Shantanu Agarwal has deep expertise in Oilfield Services with experience in fieldwork, managing operations and business development. Previously, he has led business unit management roles and regional marketing and sales roles within Schlumberger in North-West Europe and Africa. He has also experience working with McKinsey & Co. in California.

Board Member of: Wireless Seismic and Prosep

Carl leads the Corporate Development group in Americas for Shell New Energies, previously a senior US member of the Shell ventures team and a partner for Cambridge Technology Partners.

Carl has been recognised twice as a Global Corporate Venturing’s top 100 star in 2017 & 18, has served as the Treasurer of the New England Venture Capital Association, and is on the board of the Massachusetts Technology Leadership Council. He is also active at MIT, judging the 100k competition and serving as a catalyst for the Deshpande Center, as well as teaching finance at Sloan School.